Making financial decisions can be tough.

When it relates to money, our behaviour often deviate from logic and reason. Emotional processes, mental mistakes and individual personality traits often complicate our decision-making process.

Consequently, financial decisions become more complex than simply analysing numbers and making decisions to spend or save our incomes or buy and sell various assets. A large part of the decision making process is dictated by our individual behaviours, and ignoring or failing to recognise these behaviours and biases, can have a detrimental influence on our short, medium and long term financial position.

To make you more aware of the most common behavioural biases that may influence your financial decision-making, see if you can recognise yourself in any of the six examples below:

For most people, the pain of regret is far more powerful than the pleasure of winning. Regret aversion describes the emotion experienced after making a choice that turns out to be bad or inferior.

Those who are influenced by anticipated regret are motivated to take less risk because this lessens the potential of poor outcomes. Regret aversion can explain an investor’s reluctance to sell “losing” investments because it confirms that they have made bad decisions.

Conversely, regret aversion can be evident when we regret not pursuing an opportunity that produced a positive outcome, and therefore the regret of missing out may drive us to be less risk averse in the future.

Remaining disciplined in spite of loss or missed opportunities is the key to overcoming this bias.

There is also a tendency for individuals to place too much confidence in their own decisions, beliefs and opinions causing them to ignore the more likely possibilities. Examples of optimism bias include people believing they will earn more money or spend less in future, without actively doing anything to harness this thought and make it a reality.

Overconfidence often causes a great deal of trouble for investors who mistake luck for skill. Investors who are overconfident have a tendency to buy and sell assets too often, which ultimately shows negative effect on their returns. Many studies have proven that long term trading with less frequent selling is more beneficial than those which involve recurrent buying and selling.

Factors causing optimism bias which we need to be mindful of when making financial decisions include – the desired end state, the cognitive mechanisms, the information we have about ourselves versus others, and overall mood.

This bias occurs when investors have a preference for a familiar investment, i.e. property or shares, despite the seemingly obvious gains from diversification and spreading their risk and exposure.

An implication of familiarity bias is that investors tend to hold concentrated portfolios that may underperform over time.

To overcome this bias, investors need to cast a wider net and expand their portfolio allocation decisions to gain wider diversification and risk reduction.

Anchoring bias relates to our tendency to hold on to a belief and then continue to apply it as a reference point for future decision-making. People often base their decisions on the first source of information they are exposed to (i.e. an initial purchase price of a stock) and have difficulty adjusting or changing their views to new information.

Many investors still anchor on the financial crisis of 2007-2008 as a bad experience which results in a higher degree of worry and ineffective, loss-averse, future investment decisions.

To avoid anchoring, investors should consider a wide range of investment choices and not focus their financial decisions on a specific reference point of information.

This bias causes people to underestimate both the possibility of disaster and its possible effects because it causes us to have a bias to believe that things will always function normally. This bias is also referred to as the Ostrich Style Bias – sticking your head in the sand.

The normalcy bias effect is most prevalent in people not making financial decisions, ignoring the warning signs and hoping their problems will go away.

This bias is best overcome by understanding and believing the facts, being prepared and committing to a path forward.

Those who suffer from self-attribution bias tend to attribute successful outcomes to their own actions and bad outcomes to external factors. They often exhibit this bias as a means of self-protection – ‘poor decisions were not my fault’ or self-enhancement. Investors afflicted with self-attribution bias may become overconfident, which can lead to overtrading and underperformance as well as increased costs and taxes.

Keeping track of personal mistakes and successes and developing accountability mechanisms and disciplines, such as seeking constructive feedback and regularly reviewing performance and can help people gain awareness of self-attribution bias.

The role of a Financial adviser

Understanding fundamental human tendencies and emotions can aid financial advisers in recognising behaviours and biases that may interfere with their clients achieving their long-term goals.

Although it’s virtually impossible to prevent all behavioural biases, financial advisers can help their clients reduce their influence during the planning process. This requires the adviser to gain an understanding of his or her client’s’ psychological biases, resisting the inclination to engage in such investor behaviours, and establishing and implementing disciplined investment strategies.

The focus for a financial adviser should be to identify a client’s risk tolerance – weighing up the level of risk that needs to be undertaken to achieve their goals against how much risk their client is willing to take on. The adviser should also develop a long term investment strategy and appropriate asset allocation that is reviewed/re-balanced on a regular basis.

Sound familiar or think you may need help managing your financial biases and their impact on your financial plan?
Contact a DPM Wealth Consultant today on 1800 376 376 for a no obligation chat.

This article draws upon some themes and strategies from the following books:
Claudia Hammond – Mind over Money – The Psychology of Money and How to Use it Better. 2016. Edinburgh, UK: Canongate Books Ltd.
H Kent Baker and Victor Ricciardi – Investor Behavior — The Psychology of Financial Planning and Investing. 2014. Hoboken, NJ: John Wiley & Sons.
The author also attended a Professional Development Conference with Claudia Hammond at the National FPA Congress in Hobart on November 22-24 2017

Disclaimer: * The information contained in this site is general and is not intended to serve as advice as your personal circumstances have not been considered. DPM Financial Services Group recommends you obtain personal advice concerning specific matters before making a decision.

Podcast | When to consider a Self Managed Super Fund

Self Managed Super Funds (SMSF), can provide benefits for people who may want more control over their investments within their superannuation, especially within the direct share and more recent times The superannuation guarantee rate is currently slated to increase from the existing rate of 10% up to 12% by 2025, with the second increase in some 7 years set as 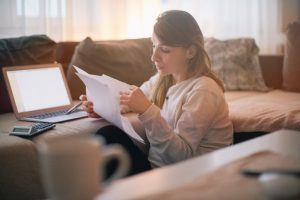 The First Home Super Saver Scheme – what you need to know

The First Home Super Saver Scheme (FHSSS) passed parliament in 2017. Many first home buyers find the scheme confusing but it can be used effectively if you get the right