Did you know that sadly medical professionals have the highest rate of suicide compared to any other profession worldwide?

A 2013 beyondblue survey found that “Doctors reported substantially higher rates of psychological distress and suicidal thoughts compared to both the Australian population and other Australian professionals.”

Addressing the elephant in the room ‘Suicide among doctors’

Why doctors? Aren’t they the most intelligent, most accomplished? Don’t they have it all?

Of course! But the brutal truth is that the pressure to have it all, the grueling training path, the rife of perfectionism, long working hours resulting in poor work life balance, sets medical professionals up for high rates of mental distress.

The constant fear of failing, being reported to medical authorities, unrealistic expectations considering it’s one of the most competitive professions, makes them more vulnerable to mental illnesses than others.

Suicide among doctors is more common than in most fields, even more so in female doctors,  2.2 times more than the general population to be exact.

Crazy Socks 4 Docs, an initiative by Dr Geoff Toogood, is about embracing and accepting vulnerability around the mental health of medical practitioners.

A way to normalise conversations around the ‘D- Depression’ word in the medical fraternity worldwide.

It’s a day to sport crazy colourful socks in support of medical practitioners struggling with depression and anxiety, that is often  the result of working long and hard.

How did it all start?

It all started when Dr Geoff Toogood, a renowned Peninsula Health cardiologist, went to work sporting two unmatched odd-looking socks one day, spiralling talks of his failing mental health behind his back. When in truth, he had just bought a new puppy, who had mauled all his washing, leaving him with no other choice.

Having lived the experience of depression and anxiety, Dr TooGood started #CrazySocks4Docs campaign to normalise conversations around mental illness among doctors, ‘making it OK for doctors to not be OK’.

The campaign has become a fun way to address the serious issue of mental illness among doctors, starting a conversation around doctors’ mental well-being.

The phenomena, now celebrated both nationally and internationally on the first Friday of June, has received tremendous support from people around Australia and beyond, including the Federal Health Minister – Greg Hunt, Shadow Health Minister – Catherine King, State Member for Frankston – Paul Edbrooke and Peninsula Health CEO- Sue Williams.

Doctors from all around the world including Canada, the UK, the US, New Zealand, Spain, France, and Ireland have become involved in this fun movement, sporting their crazy colourful socks to show support to the cause.

#CrazySocks4Docs reminds us to walk the talk, for no one should have to walk alone with a mental health issue.

The Doctor’s Health Advisory Service in NSW, in support of Medical Board of Australia, operates a telephone line to help medical practitioners and medical students in distress over their own or their loved one’s health.
In an effort to take care of those who take care of other people at large, the government has set up this facility to encourage doctors to take care of themselves.

Also, there’s workplace and legal assistance available from AMA VIC for doctors employed in the public hospital system, working as independent contractors, and doctors employing staff within their practice. DPM’s team outsteps themselves for STEPtember 2020

DPM for cerebral palsy Did you know 1 in 700 children are diagnosed with Cerebral Palsy? And, that Cerebral Palsy one of the most common disabilities in Australia? The cause 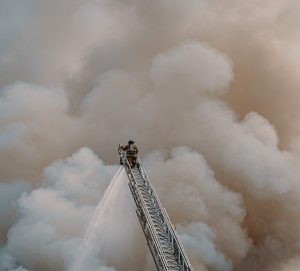 From late 2019 to now, Australia has been facing the devastation of which this year’s fire season has brought. Millions of acres have been destroyed, homes, lives have been lost 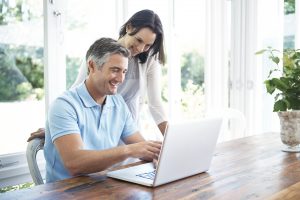 As consumers, we are aware of how we can be making socially responsible choices, whether that be through buying organic items, or leaving a smaller carbon footprint. Through a superannuation