JobKeeper changes – what you need to know

Job Keeper, the mechanism to enable businesses affected by the COVID-19 pandemic to continue to employ staff, is changing. The ‘current scheme’ of payments was set to expire on 27 September 2020, but with the pandemic worsening and so many businesses forced to shut their doors again, the Government has changed the Job Keeper legislation to extend payments through to March 2021.

Importantly, the latest rounds of changes to JobKeeper now enables employers to include new employees, with the test period for their employment under the extended scheme being the four weeks prior to 1 July 2020.

Under the ‘current scheme’ employees receive $1,500 per fortnight. New employees (employed before 1 July 2020) will also access the current scheme from 3 August 2020.

Broadly, the new ‘extended’ scheme will reduce these payments as follows:

One of the key differences is that under the current scheme, employees/eligible business participants (EBPs) receive the $1,500 fortnightly payment regardless of their status (casual, full-time, part-time etc). This assumes they were employed/actively engaged on 1 March 2020.

This is not the case under the extended scheme, as the ‘full’ and ‘partial’ rate terminology suggests, the application is as follows:

The extended scheme will utilise a new turnover test, based on the business’ BAS as lodged i.e. on a cash or accruals basis, as follows:

A decrease in turnover of 30% still applies to for profit entities with a gross annual turnover under $1bn, but it is critical to note that under the latest JobKeeper changes, only the most recent quarter’s turnover drop needs to meet the decline in turnover test as opposed to both or all three quarters under the initial changes.

The other major change here is businesses no longer being able to use a projected turnover figure or a specific month to access the scheme. Now, businesses that lodge a quarterly BAS can easily compare quarter to quarter earnings.

It is also important to note that eligibility is re-tested each quarter under the extended scheme, in the current scheme, once you qualified you were in until the payment period cessation.

Doctor Jones has two people whom they employ directly:

Doctor Jones is able to claim Job Keeper under the current scheme for themselves as an eligible business participant (EBP) assuming they do not hold an employment position elsewhere. They could also claim for any employees and would receive $1,500 per fortnight to subsidise their wages. Any wage under the $1,500 is topped up to $1,500, tax is withheld then paid to the staff. Anything higher than $1,500 is required to continue with the payment subsidising part of this wage. Super guarantee is only required to be paid on the ordinary wage, not the Job Keeper top-up.

Stephen took extended parental leave from 1 June 2020 and, anticipating a big jump in patient lists after the first lockdown, Dr Jones made the decision to hire two nurses in Stephen’s place from 1 June:

From 3 August to 27 September (four fortnights), Dr Jones will access the $1,500 per fortnight JobKeeper subsidy for both Alex and Ashley.

They will access the full rate of $1,200 for themselves (again, assuming no other employment position is held) and $1,200 per fortnight for Ashley, the nurse who was employed to work more than 20 hours per week for four weeks prior to 1 July 2020.

Alex, who works less than 20 hours per week in the business, will access the partial rate of $750 per fortnight.

They will then access the partial rate of $750 for their spouse who was working less than 20 hour per week before 1 March 2020.

Under the first round of JobKeeper changes, neither of Alex nor Ashley would be eligible for JobKeeper wage subsidy payments, this has changed as of 7 August 2020.

Assuming turnover is still down by more than 30% when comparing December 2020 with December 2019, Dr Jones will access JobKeeper wage subsidy payments as follows:

If actual GST turnover for the December 2020 quarter was NOT down 30% or more compared with 2019, Dr Jones would not access any JobKeeper wage subsidies for the second period of the extended scheme.

For businesses that employ staff through service entities, the same turnover rules will apply. The Alternative Test for decline in turnover remains in place where businesses are new or saw a large increase in turnover just before the test period.

The Commissioner can also exercise discretion in determining a business’ fall in turnover.

If you have been receiving Job Keeper or have queries regarding the changes, please reach out to your dedicated DPM tax consultant.

For the detailed press release from Treasury, follow this link.

How to survive your medical internship in 2022

So….. You have made it though 2021, managed to successfully pass your studies during a pandemic and begin your journey as a doctor. Congratulations on this amazing achievement, you should 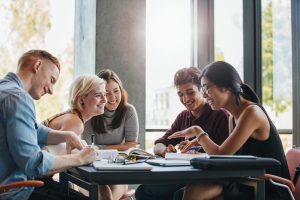 Kick start 2022 with these saving goals for medical students

Budgeting is probably one of the least exciting words out there for many people. But when you don’t earn a full-time income, it’s something you need to think about. Here New Year’s resolutions for your finances

With 2021 firmly in our rear view mirror, now is the time we all start thinking about the year ahead. It may have been your brother Harry on Christmas Day,