What you need to know about setting up a charity

Are you considering setting up a charity?

We love to see medical professionals explore the possibility of engaging in an enterprise for the ultimate goal of helping others in a charitable way.

What many people don’t realise however, is that to be considered a charity at law, involves more than just an objective to be charitable. Further, if by doing this you are seeking tax concessions and endorsements in relation to carrying on a charitable enterprise, it is important to also fall within the definition of a charity under the Tax Act.

Whilst most people are aware of what constitutes most of these general categories, we find that there is some mystery around the meaning of ‘public benevolent institutions’ (PBIs) and therefore a specific investigation is required concerning whether the entity is in substance a PBI.

To be characterised as a PBI, the following criteria must be satisfied:

One of the more contentious issues that we are asked to opine on is whether the organisation is providing ‘benevolent relief to people in need’. This definition implies that relief must be provided directly to the subject. If benevolent relief is too far removed, the entity will not be considered to be a PBI. We find that issues can arise where the relief is provided in a foreign jurisdiction, through an intermediary, or where it is a step removed from the ultimate work being done (for example fundraising activities).

Therefore, if the enterprise hoping to obtain charitable status is engaging in fundraising as opposed to providing benevolent relief itself, it would be prudent to consider Australia’s fundraising regime on a state by state basis to ascertain whether any licences or permits are required to conduct the fundraising activities.

Once an entity is identified as a charity, regard must also be had to the obligations on the entity arising under various legislation depending on the legal structure being adopted, for example the Corporations Act 2001 (Cth), the Charities Act 2013 (Cth) and the Associations Incorporation Reform Act 2012 (Vic). The Australian Charities Commission also imposes a number of regulatory obligations, which include the preparation of accounts and maintaining up to date information on the charities register.

As you can see, determining whether your enterprise is a charity involves the contemplation of a wide range of legislative instruments which are regulated by a number of government organisations for example the Australian Charities Commission, the Australian Taxation Office and Consumer Affairs Victoria.

It is therefore important that advice is obtained before embarking in any type of charitable activity to ensure that the correct analysis and applications are made. If you are considering setting up a charity, we can direct you to a competent team of lawyers for a preliminary discussion.

Disclaimer: The content of this article was written by Fletcher Clarendon’s legal team. The information contained in it is general and is not intended to serve as advice. DPM Financial Services Group recommends you obtain advice concerning specific matters before making a decision. Preparation is key with Salary Packaging – Why you should act early

Understand the rules at your hospital Each individual hospital will set the rules for salary packaging and the allowable items that employees can access. Understanding the available items will give 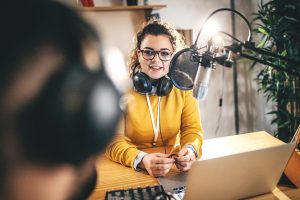 Ethical investing can mean different things to different people but put simply, ethical investing is about understanding the broad spectrum of various investment decisions that you can make that align to your beliefs and values as well as whether that fits into your overall financial goals. 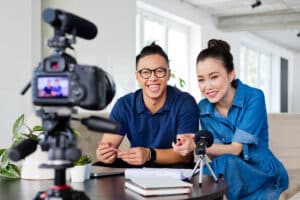 Anthony Dickinson, Tax Consultant at DPM, talks to Medical Intern Dr Ted Elkington about his experience as a first year doctor in a rural hospital on the border of Victoria/New South Wales during the Coronavirus pandemic.